Shopify Review- All the Pros and Cons 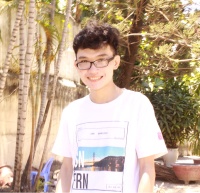 It’s important to know thoroughly Shopify pros and cons before deciding whether to invest your money into it. Don’t worry, we got you covered with this honest Shopify review.

Shopify is the most well-known website builder platform that now accommodates more than 1 million merchants.

And what sets Shopify apart is that it was initially built to cater to the SMEs with the least technical skills.

However, just because Shopify is widely known doesn’t mean it is a one-size-fits-all solution for everyone.

It’s not by accident that Shopify appears to be gaining massive popularity. We couldn’t agree more about how splendidly Shopify has been doing. However, as you are here, you are now probably wondering whether it’s an ideal choice or not.

In this Shopify review article, we’ll show you all the pros and cons of Shopify so that you can weigh them and come up with your final verdict.

How does Shopify work?

Before we reveal anything about the positive and negative sides of Shopify in this review, it’s vital to know the concept of it first.

Since Shopify is an eCommerce web hosting, you pay a monthly fee to use it. And a Shopify monthly subscription will equip you with the fundamental eCommerce tools you need to create a badass online store.

To be more particular, when you sign up for a Shopify account, you’ll gain access to the admin dashboard where you can run and optimize your business from scratch.

A newbie who is ambiguous about what to do? Well, we draw up this no-nonsense launch checklist just for you!

Now let’s get straight to the point with our A to Z review of Shopify!

When you dip your toe into the eCommerce ocean, there are loads of things awaiting you to fulfill. For instance, you have to decide the storefront’s theme, how to display products, how to engage with your customers and so many more.

And Shopify appears like a life-saver because the leading eCommerce solution enables merchants to implement the things mentioned all-in-one-central-hub without having much concern about technical stuff.

Here are the most enormous Pros of Shopify we want to highlight in this review.

Since the plurality of online store owners is not tech-savvy, the first thing we want to review is the UX/UI experience Shopify provides its users.

And it turns out that almost every Shopify merchant lavishes their praises upon the platform’s simplicity.

Though the learning curve still persists if you want to go extra in mining Shopify’s advanced features, compared to other web builders, Shopify’s interface is so clean and transparent that merchants can maneuver anything smoothly.

In fact, nobody wants to waste their already limited resources overcoming technical hassles or cashing out for pricey developers. Therefore, a beginner-friendly interface is Shopify’s big fat plus. The admin interface is just straight to the point

Want to add products? Press Products > Add Products. Want to optimize your store with something like “customer reviews” or “low stock indicators”? Just select apps > search for the apps you want to.

A Shopify store alone is undoubtedly far from efficient. That’s why another factor we want to review is which sales channels Shopify allows you to integrate with.

And what’s great about Shopify is that the platform allows you to integrate their social media pages and several eCommerce sites to help you have more reach online.

Let us tell you something, running your Shopify store alone is far from enough. Shopify knows this. That’s why when you pay a monthly fee for Shopify, you’ll gain access to global marketplaces such as Google, Facebook, Messenger, Instagram, and many more FOR FREE. Another great sales channel Shopify offers merchants is its ‘Point of Sale’. Want to embrace omni-channel in business? Well, Shopify POS will enhance both your online business and your brick-and-mortar store in a way that you cannot imagine.

However, managing multiple sales channels is not an easy task at all. Always remember that quality needs to go hand in hand with quantity! If you create loads of sales channels then just leave them there, your effort will probably go in vain.

Find an app that helps you sync your Shopify product feed onto Facebook Shop and Google Shopping or perhaps find another one that empowers you to add social proof to your site to increase your credibility. It’s up to you as well as your needs and budget.

Talking about the number of plug-ins and apps to optimize online business, Shopify is second-to-none.

In fact, the website builder platform is a homeland for +1,000 add-ons and eCommerce tools. If you are already aware of which apps to install, then it’s too good to be true. For example, if you want to sync your Shopify product collection onto Google Merchant Center to enter the Google Shopping game, go with the keyword “Google Shopping Feed”.

However, many merchants might get overwhelmed by Shopify’s staggering number of apps. Want us to relieve you from this frustration? Check out these 6 best Google Shopping apps for Shopify business. We recommend these to any online merchant to boost their store’s sales crazily.

Online business is pervasive with millions of websites out there. Thus, it’s not exaggerating to say that a storefront’s visibility is nowadays of utmost importance.

For this reason, Shopify again claims its crown against other web builder platforms. To get you started, Shopify offers you 9 free themes and they can all be used for multiple niches.

Though the number of free themes offered by Shopify is a bit modest compared to other eCommerce website builders, we want to review that these Shopify free themes differ remarkably from each other so you can literally use these themes for different industries.

Shopify categorizes all the themes from free to paid ones to different industries so that merchants could find the most suitable theme for their needs. The category can vary from F&B, fashion to furniture or homecare products and so many more. We know that Shopify themes are eye-catching but don’t feel sufficient for yourself just yet! Apparently, there are many things you can do to customize your storefront to make it stand out in the crowd.

Here are some out of a hundred actions you could and should take to make your theme look more professional:

No business can ever survive without putting its heart into marketing activities. Thus, the last but not least thing we want to review is absolutely Shopify’s marketing features.

Similar to many website builder platforms, Shopify equips you with dozens of handy marketing tools which you can utilize to round up your bottom line.

You can run email marketing campaigns with the Shopify email tool. Plus, Shopify also empowers you to have more reach via social posts or run Facebook DPA. You can generate and customize your discount code to the fullest then apply it to all your products or narrow it all the way down to specific products only. Most importantly, Shopify allows you to integrate Facebook Pixel and Google Analytics into your Shopify store. Being said that, you can set up high-converting Facebook retargeting Ads or keep a good track of your Google Product Placement Ads.

We’ve already listed all the facets Shopify excels at, now we’ll finish up this review with the major cons of Shopify.

Even though Shopify can turn many merchants from a zero to a hero, still there are some flaws we want to point out using this platform.

Do the disadvantages below outweigh the advantages? Seriously, we don’t know since we want to let you decide on that!

Though Shopify’s SEO capacity is totally fine, it somehow doesn’t satisfy the meticulous store owners yet. Here are some of the issues Shopify merchants usually get stuck at:

The part we highlighted are unchangeable

We’d say that Shopify SEO isn’t bad; however, there is still much room for improvement regarding this aspect.

Another shortcoming of Shopify we gotta point out in this review is the irritating policy of the website builder platform.

Undoubtedly, Shopify excels at offering merchants up to 100 various payment gateways. However, the biggest concern for most merchants who want to launch their stores on this platform is the so-called ‘extra transaction fee’.

Shopify has its own payment gateway known as ‘Shopify Payment’. By choosing a third-party gateway provider, you’ll be charged an additional transaction fee of 2%, 1%, and 0.5% for Basic Shopify, Shopify, and Advanced Shopify, respectively.

Suppose that your products generally have a low-profit margin, this fee can be perceived as a pretty penny.

Another issue of Shopify that oughts to come up for review is probably its scalability.

We have nothing to complain about adding products on the Shopify admin dashboard. Well, I mean this action is totally tractable and can be done at ease; however, there is a limit for variants per product.

Shopify allows you to add 100 variants with 3 options per product. This limit is no big deal for the plurality of merchants. However, when you have a sophisticated product catalog, it could be troublesome.

Let’s do a simple math problem, shall we? Now assume that you’re selling a T-shirt with 3 options:

If each product option above has 5 variants, then your product has 5x5x5 = 125 variants, which unfortunately exceeds Shopify’s limitation of 100 variants per product.

Considering another scenario, you have another option called “material”, to add this option, you have to sacrifice one of the other 3 options above.

To solve this issue, you have no other choice but to use third-party inventory management. And that can probably cost you more than you thought.

All in all, though the website builder platform has some flaws, Shopify is incredible for its beginner-friendly interface, free theme templates accompanied by its diverse apps and add-ons.

Being said that, Shopify still has some certain flaws. And we hope our honest review of Shopify could help you to weigh its pros and cons, thus come up with the right decision.

Top 5 Best Shopify Blog Sources For All Merchants To Follow

Shopify Lite- What it is and When to Use it?

How to Get Shopify Customer Support (Help Center, Community, Courses)

We don’t spam!
Get the most useful tips sent to your email.